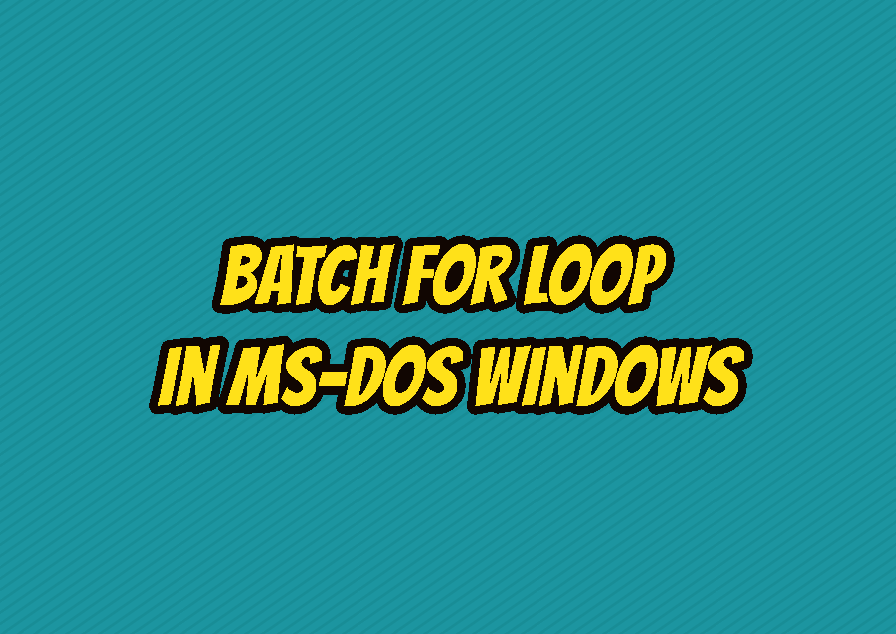 The batch for loop has the following syntax.

The batch for loop can be used to loop over a number list. The number list consists of multiple numbers which are separated with spaces. The number list is provided inside brackets after the in statement. The code block is after the do statement and provides echo %%x in order to print the %%x in every step to the command prompt.

Batch For Loop through Files

The batch for loop can be used to loop over files for the specified path. The path is provided like a list inside the brackets. Also, the path should provide the glob operator in order to provide folders. In the following example, we loop over files located in C:\Users\ismail\Desktop\* .

Batch For Loop through Directories