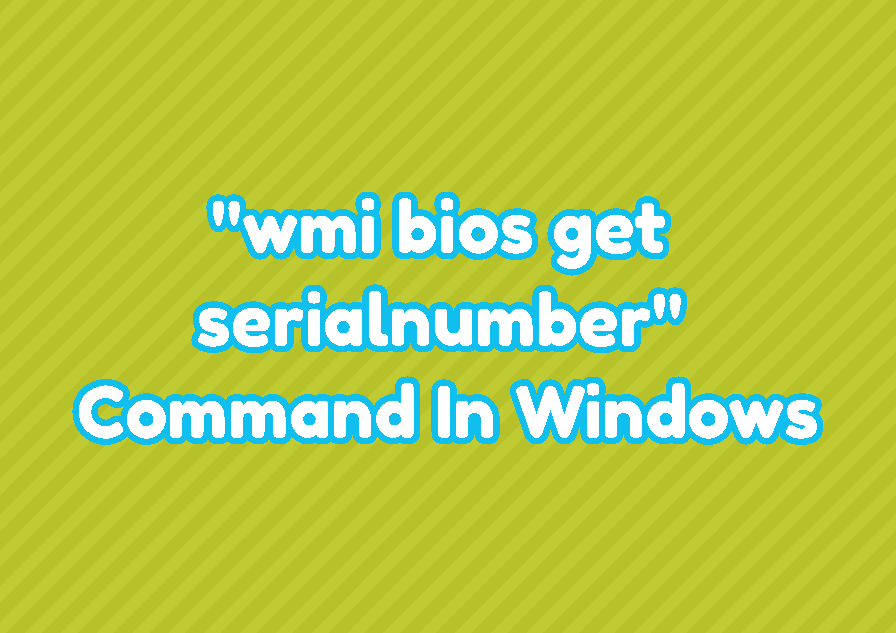 Every computer, system, or PC has a serial number that is used to uniquely identify it. Serial numbers are generally sent via the system BIOS or similar firmware. This serial number also called as BIOS Serial Number . The wmi bios get serialnumber command can be used to retrieve this serial number in Windows operating systems like Windows XP, Windows 7, Windows 10, and Windows Server versions.

From the output we can see that the BIOS and MotherBoard serial numbers are totally different and unique.

See also  How To Install/Enable Telnet Client In Windows 10?