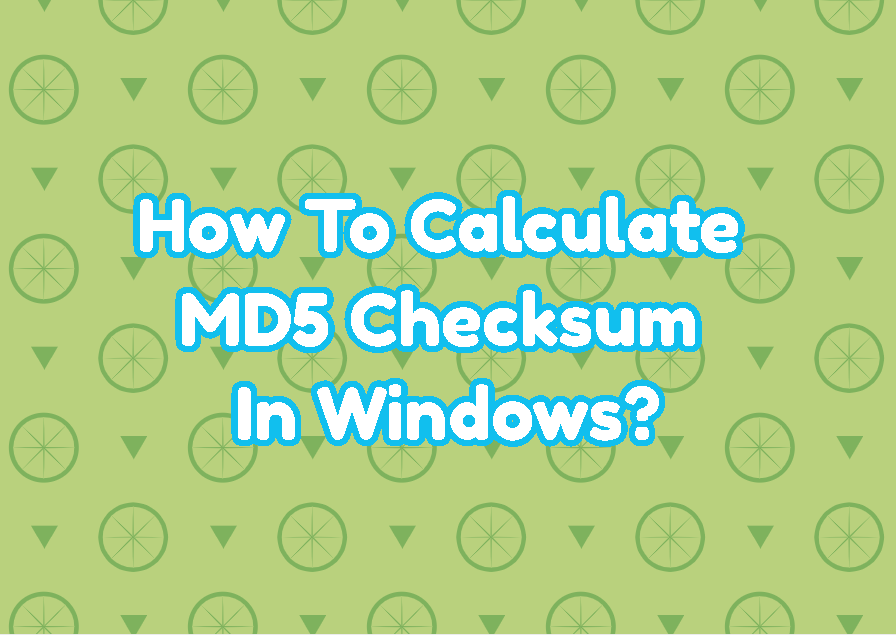 MD5 is a message-digest algorithm or hash algorithm used to check the integrity of the files and data. Even it is assumed as non-secure or broken it is widely used because of its roots and popularity. Windows operating systems like Windows XP, Windows 10, Windows Server provides different tools to calculate MD5 hash. In this tutorial, we examine how to calculate MD5 for Windows operating systems.

The CertUtil is a tool created for certification operations. It can calculate the different types of hash values like Sha1, Sha256 as well as MD5. the certuil is provided in all Windows operating systems like Windows 10, Windows XP, Windows 7, and Windows Server versions by default and there is no need for extra install. In the following example, we calculate the MD5 hash for the file specified as “db.csv”. Also, the "MD5" is added at the end of the command as a parameter. The certuil tool can be used for both MS-DOS command prompt and PowerShell without any problem.

From the output of the MD5 calculation, the file name the MD5 hash digest is provided. Also, the calculation operation status is displayed as successful.

If we do not want to print all output for the calculation and only print the MD5 value the findstr command can be used to show only the MD5 value.