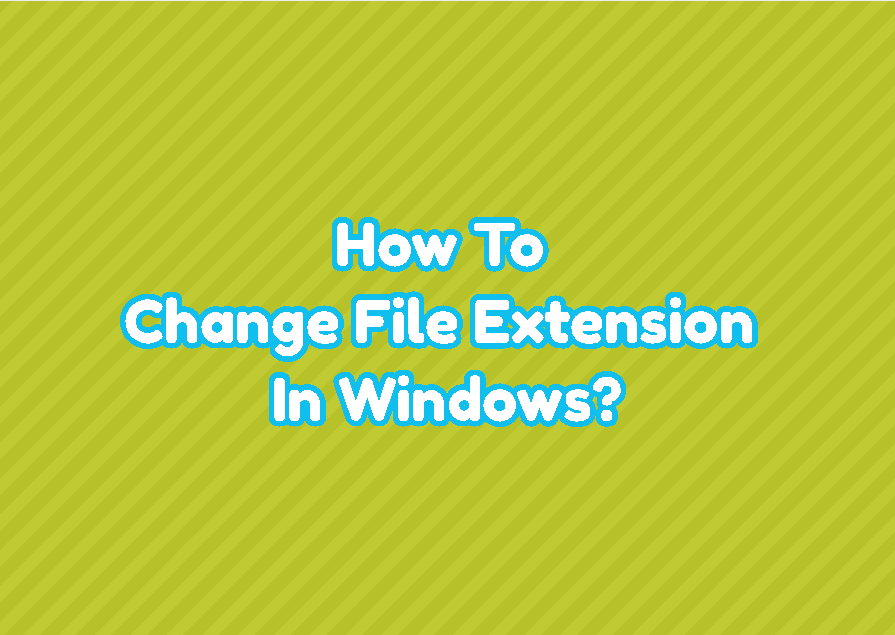 Windows 8, Windows 10, Windows Server 2012, and Windows Server 2016 operating systems provide the very same way to show file extensions. Open the File Explorer windows and click on the View tab. There is a configuration named “File name extensions” which should be enabled by ticking a checkbox.

the ren command can be also used to change multiple files extension. Wildcard sign is used for the file name and the only extensions are specified. In the following example, we will change all *.txt extensions into the *.rtf.

Different file formats and applications use different extensions. In the following table we will list some of the most popular file extensions.

See also  The -in Operator For PowerShell