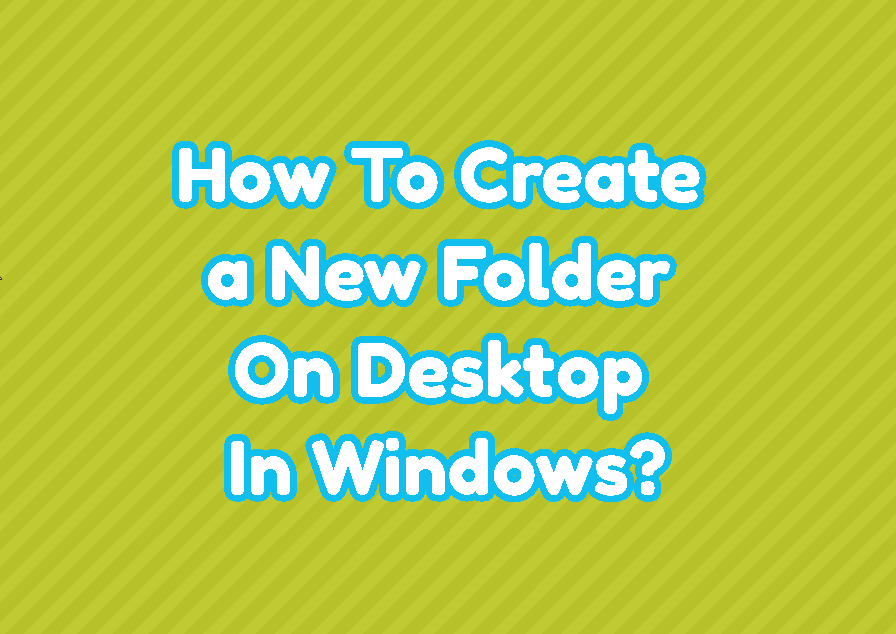 Folders and directories are used to organize all data, files, and folders in Windows operating system. The folders are the most used user component in Windows. A folder mat contains a text file, PowerPoint presentation, another folder, mp3 file, movie file, etc. Desktop is a special folder dedicated to a user which is displayed as GUI. When the user login to Windows the Desktop and its contents are displayed on the screen. In this tutorial, we will learn how to create a new folder on Desktop for Windows operating system. These steps can be executed for all modern Windows operating systems like Windows XP, Windows 7, Windows 8, Windows 10, and Windows Server series.

Alternatively the Desktop can be opened by using the File Explorer like below. And the CTRL+SHFT+N keyboard shortcut can be pressed.

Another way to create a new folder on Desktop is using the mouse where right-click opens a context menu and select the new and then click to the Folder like below.

The command line interface or MS-DOS or cmd.exe can be used to create new folder on the current user Desktop.

For the user named ismail the Desktop can be navigated with the following command.

Now the mkdir command can be used to create new folder with the name of NewFolder .