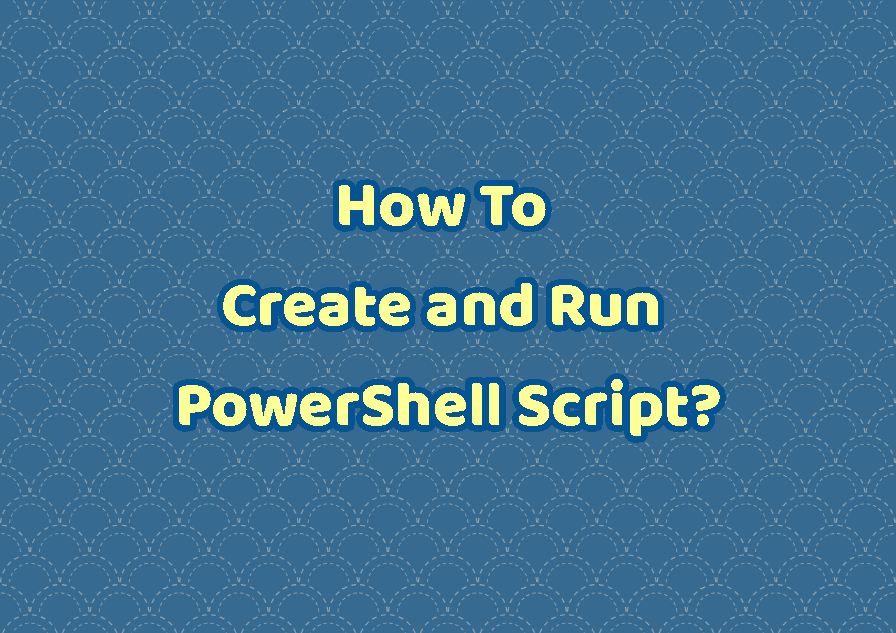 Then the MyScript.ps1 PowerShell script is executed like below.

Alternatively the script can be executed by specifying the absolute or complete path like below.