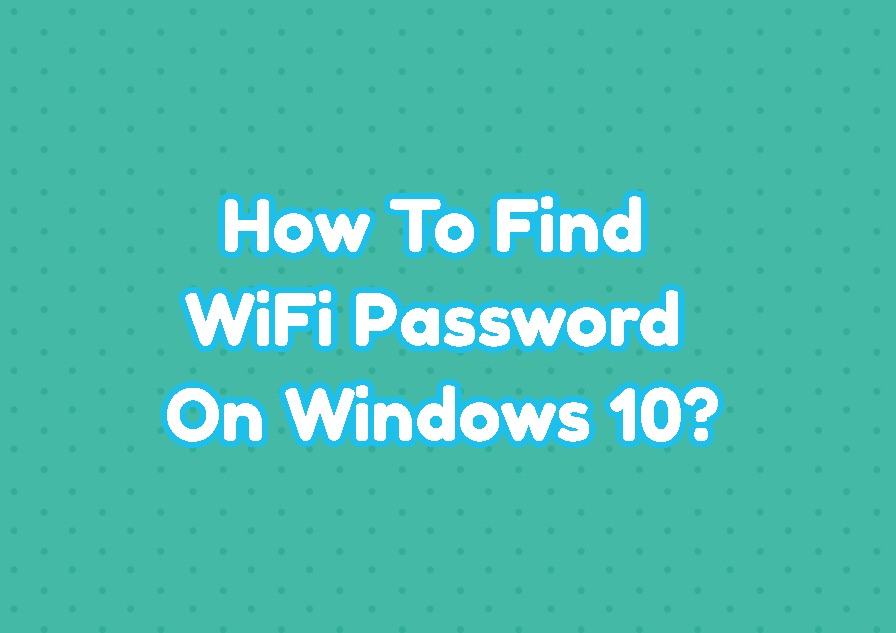 Windows 10 provides different internet connectivity ways like wireless, cable, 4g, etc. But WiFi is the most popular internet and network connection method today. As a wireless methods WiFi provides some security functions like encryption and password-based authentication. When a laptop, Pc, computer or smartphone connects to WiFi it stores the password on the local system cache. The WiFi password can be later displayed in different ways for Windows 10.

The most basic and easy way to display saved WiFi passwords is using the Wireless Network Properties . The Wireless Network Properties window can be opened in different ways but the most basic and fast way is running the ncpa.cpl command in Windows Run like below. The ncpa.cpl command opens the Network Connections panel in order to view the WiFi password.

The Network Connections window is listed below. Select the WiFi network Adaptor and right-click on it which shows a contextmenu. In the context menu click to the Status like below.

In the WiFi Status screen click to the Wireless Properties button like below which displays Wireless specific properties.

In the Wireless Network, Properties screen navigate to the Security tab. In the Security tab check the Show Characters option which displays the wifi password or Network Security Key in clear text like below.

The PowerShell command line interface can be also used to display WiFi or Wireless connection password. The netsh command is used to manage networks via the command-line interface. First, we should list the WiFi network name with the netsh wlan show profiles command like below.

After listening to the Wireless profiles and SSID we will use the netsh wlan show profile "name=SSID" key=clear command in order to display the wireless password in clear text mode. The SSID will be the wireless name or SSID which is listed in the previous step.

The MS-DOS command line interface can be also used to display WiFi or Wireless password in cleartext. The netsh command is used for this which is the same as the PowerShell that is explained in the previous part.

The following command displays the WiFi networks and their SSID’s.

Then use the following command in order to display the Wireless password.