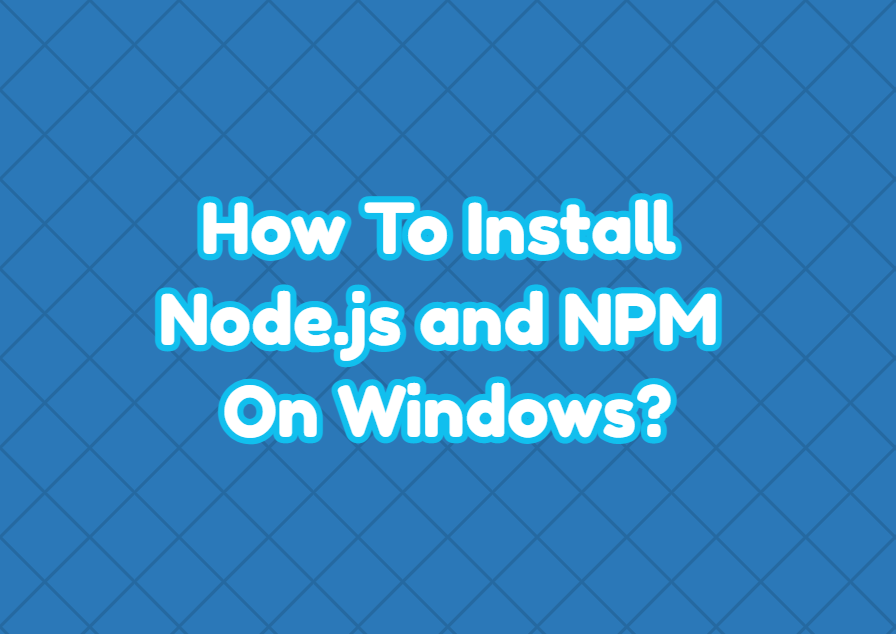 Node.js is a popular JavaScript runtime used to create server applications. The NPM or Node Package Manager is used to install 3rd party modules, libraries, and packages for the Node.js. In this tutorial, we examine how to install Node.js and its package manager NPM on Windows operating systems.

The node.js and Npm is provided as two versions via the Node.js . These versions are Long Term Support or LTS and Current versions. The node.js can be downloaded via the following link.

Long Term Support or LTS version is recommended for most of the users as it provides stability for features and syntax. It is well tested and less error-prone.

After downloading the installer double-click it to start the installation. The first screen for the Node.js installation is like below. Just click to the Next.

In this En-User License Agreement screen we accept the license agreement of the Node.js.

Destination Folder configuration can stay as it provides the Node.js installation location.

Custom Setup screen is used to specify components to install and some basic configuration about Node.js.

Npm is a complete environment and tool which requires a lot of 3rd party libraries. These tools and libraries can be installed automatically by checking the checkbox.

Now Node.js is ready to install just click to the Install button.

When the installation is completed successfully the following screen is displayed.

With the following screen and script, the Python and Visual Studio Build Tools will be installed which is required to build Node.js native modules.

The previous process continues with the following PowerShell terminal.

When everything is completed the following screen is diplayed.

The installed node.js and NPM version can be checked with the -v options below. To check node.js version used the following command.

The NPM version can be checked with the following npm command.