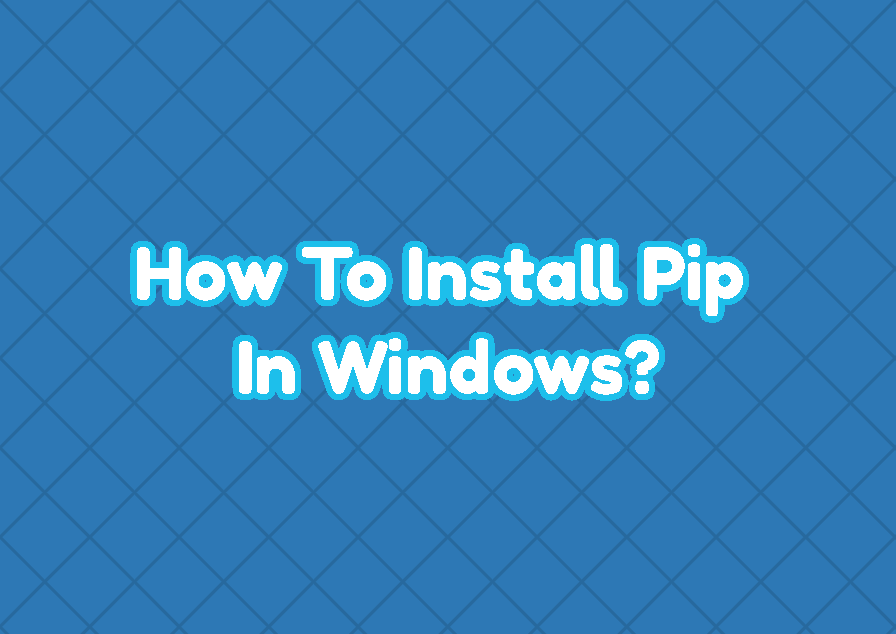 Python provides the pip as a package manager in order to search, install, update and remove the 3rd party Python packages. The name pip comes from the Pip Installs Packages . The Windows Python installer installs the pip command by default for the recent versions. But older versions of the Python installer do not install the pip command. In this tutorial, we examine how to install the pip explicitly by using different methods for Windows operating systems.

The ‘pip’ is not recognized as an internal or external command, operable program or batch file. message simply means the pip command can be found and executed.

The installation is very easy where the get-pip.py file is executed as a python script like below. This starts the installation of the pip command and related tools.

When the installation is completed successfully we will see an output like below.

Add the following path or file to the created line and then save by clicking OK button.

From the output, we can see that the installed pip version is 21.2.4.

The search option can be used to search Python packages or modules with the pip command.

A python package can be installed with the install option like below.