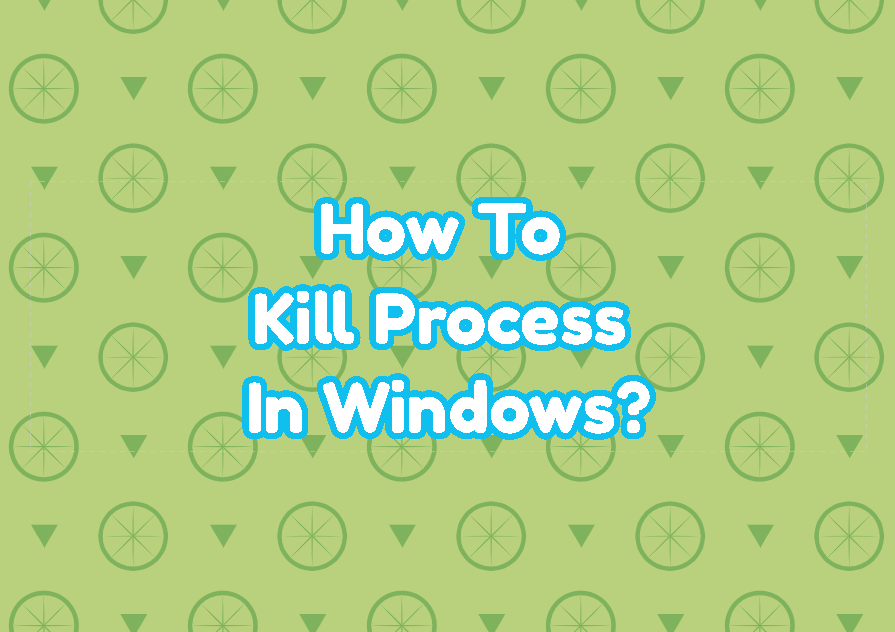 When an application or program starts a process is created in order to execute the application and programs. The process also contains program code, system resources, a process ID for identification, etc. Ideally, the process is stopped when the application is closed and exited properly. But in some cases, we may need to kill the process explicitly by using different tools and methods like Task Bar, taskkill command, Stop-Process PowerShell command. In this tutorial, we will learn how to find the process and kill it in different ways.

The Task Manager is a GUI tool used to display, monitor and manage processes. Task Manager can be also used to kill processes. It can be opened in different ways where using the Task Bar is the easiest way. Just right-click to the task bar

There we will see the task manager main screen. If there is an empty screen with the “More details” button below just lick to this button to the currently running processes. From the list select the process or application you want to kill and right-click on it. you will see a context menu that contains the “End task” just click this this will end or kill the task with a related process.

alternativelythe Details tab can be used to kill process. The details tab list all process event the same task has multiple process all of its processes are listed in this Details tab. Killing process is the same where right click to the process you want to kill and then select “End task” like below.

See also  What Is NetBIOS?

First we will list currently running processes with the “tasklist” command.

The output is like below here every running process is listed with the following information. The process list is sorted according to the PID and generally the user processes get higher PID and listed at the end of the process list.

If the process is killed succesfully the following message will be printed as output.

Aleternatively we can kill a process with its name or some part of name. The exact process name or executable name shouldbe provided. If there are mulitiple processes with the same executable name all of them will be killed. In the following example we will kill the “firefox.exe”.

The output is like below. We can see that there is a multiple-line output where each running “firefox.exe” is terminated successfully.

PowerShell is the next-generation command-line interface and scripting language provided by Microsoft Windows. The Stop-Process command can be used to kill or stop specified processes. But before killing processes we will list processes with their process ID.

We can use the process ID in order to specify process to kill with the Stop-Process command. The process id prvided with the -ID attribute like below. Also the -Force attribute can be useful to force killing specified process.

Alternatively, the process name can be specified to kill. the -Name attribute used to specify the process name. This will kill even multiple processes which name is “firefox”.