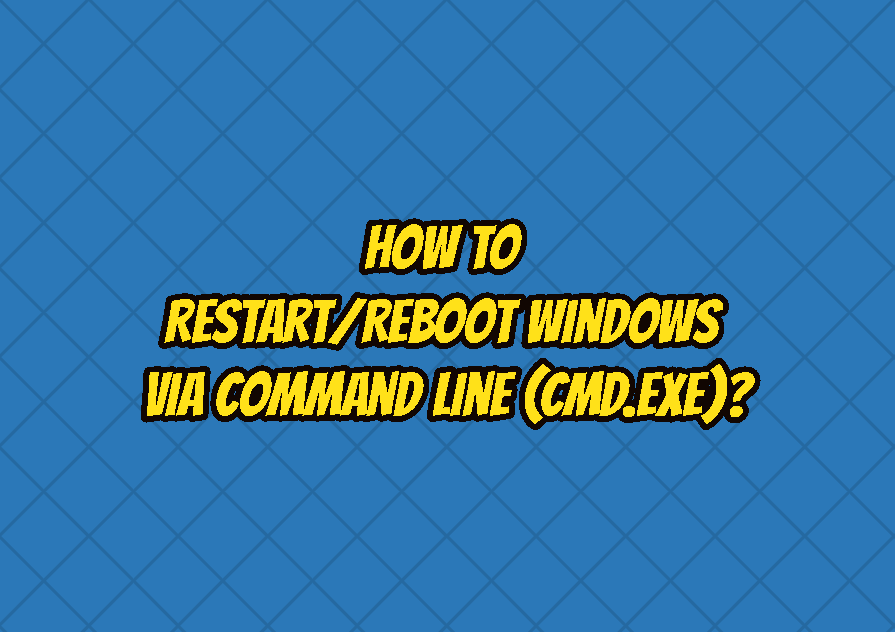 Windows can be restarted or rebooted by using the command line without the need for any GUI and related tool. The shutdown and Restart-Computer commands can be used to restart windows systems via MS-DOS or PowerShell command line.

By default the shutdown /r command restart the computer after 1 minute delay. Even this is a best practice to provide some time to save tasks and documents it can be also a problem in some cases. The windows system can be restarted immediately with the “shutdown /r” command by providing the /t 0 as parameter.

The shutdown command provides the ability to reboot the windows after a specified time which is expressed as seconds. The /t option is used to specify delay time in seconds. In the following reboot example, we will restart the system after 120 seconds.

The Restart-Computer command provides the ability to restart specified remote computers. The -ComputerName is used to specify remote computers by hostname or IP address.

Also multlplie remote systems can be rebooted with the Restart-Computer command like below. The remote computers hostnames or IP addresses are separated with the comma.

See also  How To Change Screen Saver Settings In Windows 10?