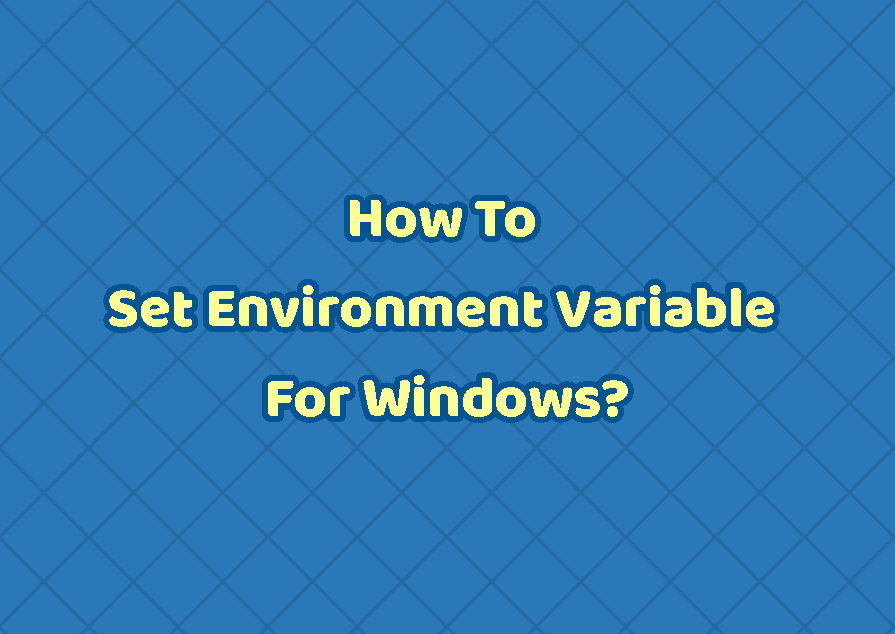 The environment variables in Windows are very popular in order to pass some basic information or data into different tools, applications, services, frameworks In this tutorial we will examine how to set or create a new environment variable Windows. These instructions can be implemented in Windows XP, Windows 7, Windows 10, Windows Server, Linux, Ubuntu, Debian, Mint, Kali, CentOS, Fedora, RHEL, etc.

Open the Windows Run by pressing WIN+R keys and then type sysdm.cpl and click OK.

We will click on the New button according to our case where for this example we will create a new user variable. The following New User Variable dialog box contains the Variable name and Variable value box where we will put this information. The last step is clicking on the OK button which will save and set these new variables.

The newly added variable will be listed in the related User or System variables pane like below.

Check and Use Environment Variable From Command Line

What Is Windows Command Prompt?

Check and Use Environment Variable with Get-Variable PowerShell Command

The Get-Variable command can be used to list PowerShell variables. If no parameter is provided all defined variables are listed like below.

Also specific variable and its value can be listed by using the -Name attribute and providing the variable name. In the following example we will display the MYVAR variable value.

See also  How To Open Disk Management Tool In Windows 10?