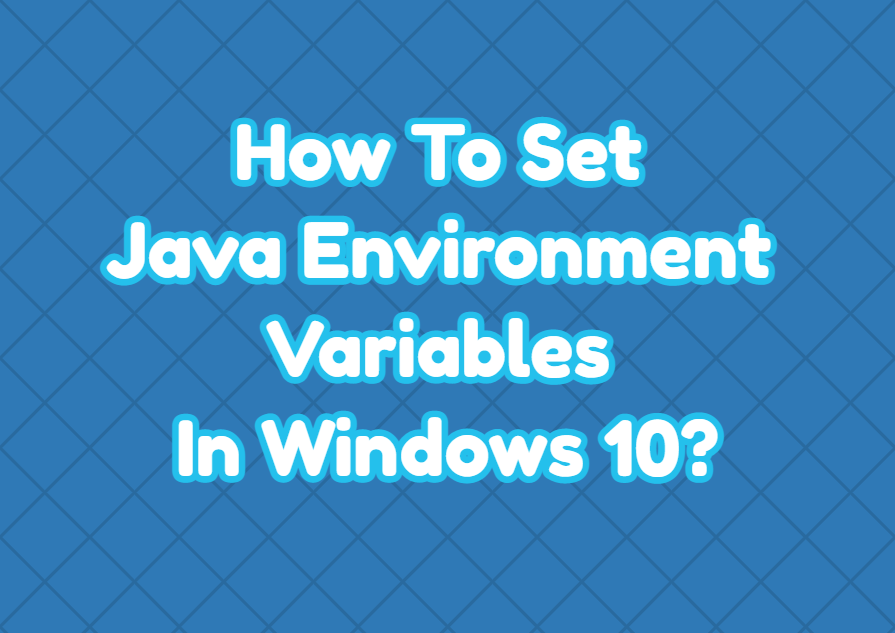 Another Java environment variable is JAVA_HOME . JAVA_HOME is used by the java related applications in order to find the Java tools and libraries and use them properly.

Alternatively the PATH variable can be set like below after settings the JAVA_HOME which is described in the previous step.

In order to set Java Environment variables in Windows 10 first, we click on the Start Menu and type environment like below to open it.

The JAVA_PATH variable can be created by creating a new variable under the System Variables. Just click to the New button like below.

In the New System Variable screen set the Variable Name as JAVA_HOME and value the Java installation path according to your situation.