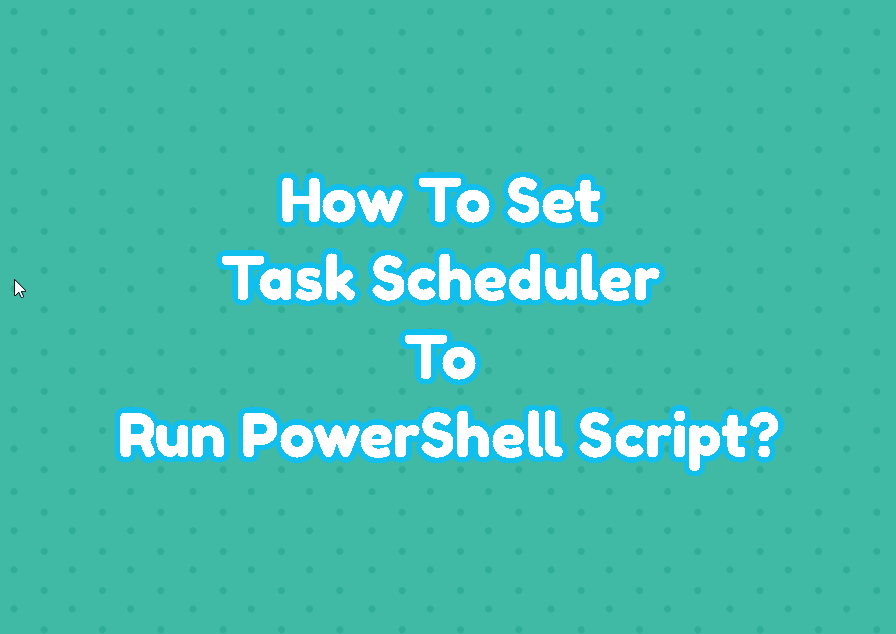 Windows Task Scheduler is used to schedule tasks according to different time options like hourly, daily, weekly, monthly, only once, etc. PowerShell scripts are used to run single or more PowerShell commands for different tasks. Running the PowerShell scripts is very useful as they can be used to take backup, add, remove, edit user, mount a file share, etc.

First, we create a PowerShell script that is executed at the specified conditions like every hour, every morning at 8:00, or every month. We will use the following PowerShell script which is created for simple backup. It simply compresses the C:\Data folder and put the compressed file into the D:\Backup.zip . But you can use any command according to your situation. We will save this script file with the name of Backup.ps1 .

In this step we will open the Task Scheduler in order to schedule the PowerShell script named Backup.ps1 . The task scheduler can be opened in different ways. The most basic and easy way is using the Start menu. Just open the start menu and type task scheduler . This lists the task scheduler like below.

The followin screensot is about the Task Scheduler first or main screen. From the left panel click to the Create Basic Task .

The Create a Basic Task screen starts like below. We set the Name of the task and provide some description about the task. The description is optional and can be omitted.

In this second step, we select the trigger condition or interval like Daily , Weekly etc. We can set the time when the PowerShell script is executed.

In this step, we set the execution time for the daily interval. Also the Recur every configuration is used to set a number of recurring times.

One of the most important part is this step. In this step the action type for the scheduled task is specified. As we want to execute PowerShell script and set the Start a program .

The following screen is the last screen where the overview information about the scheduled task is displayed.