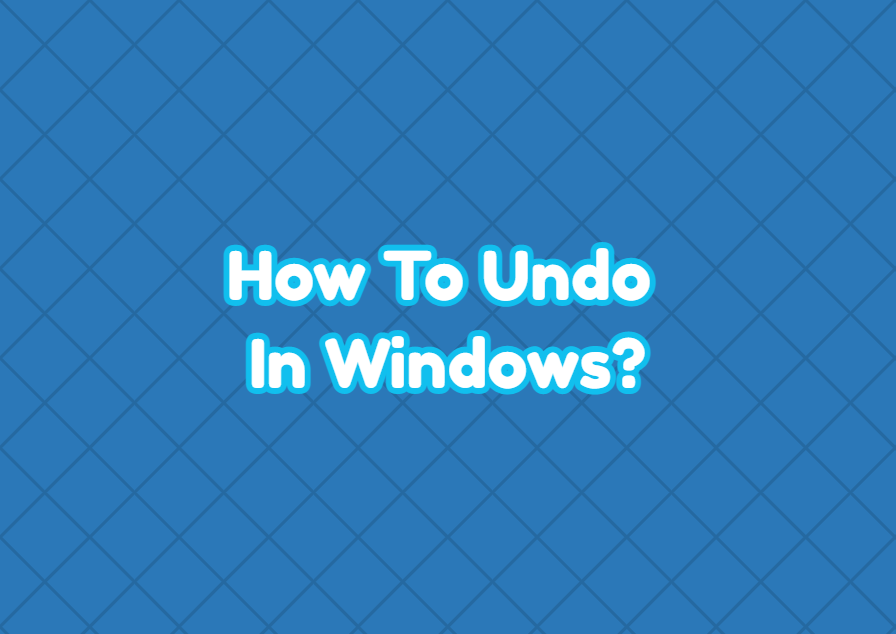 Typing or changing some content is one of the most used operating in daily computer usage. But sometimes we made mistakes during the update or change operation. We need to revert back or undo the last step in an easy way. These actions are called as Undo in general and Windows operating systems and related tools provide shortcuts for the Undo operation.

The CTRL+Z key is the most popular way to undo in Windows operating system. Most of the tools like Notepad, Word, Paint, etc. support this key shortcut in order to undo the last operation.

The different tools like Notepad, Word, Excel, PowerPoint, etc. provide the menubar for different functions. The Undo operation is also provided via this menu bar. For example, the Notepad Undo function is provided under the Edit menu like below.

The WordPad also provides the Undo operation and its can be done with the following menu.

See also  How To Change File Extension In Windows?