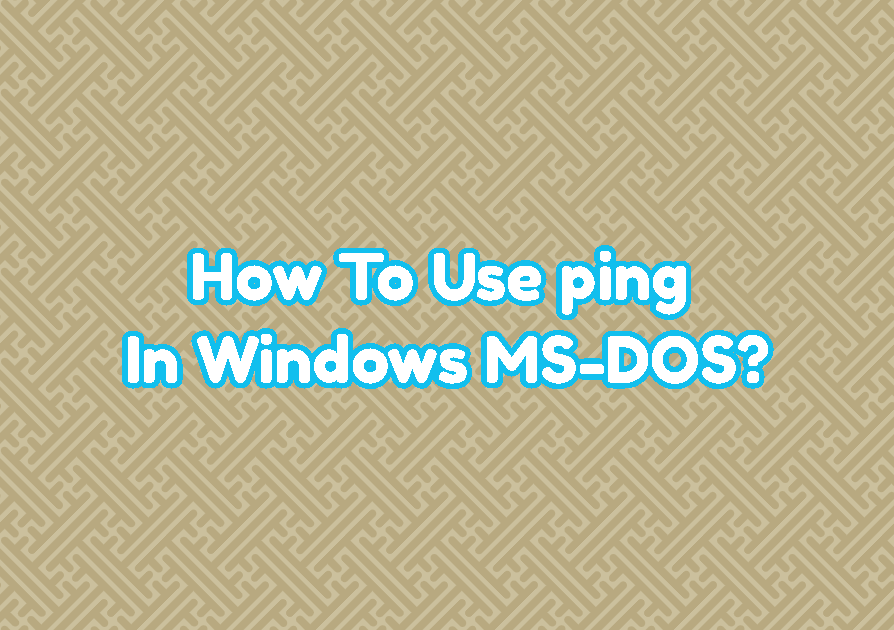 Windows provides the ping command in order to check remote system network connectivity. The ping name comes from the “Packet Internet Groper”. The ping command is provided by Windows operating systems by default. Ping command can send ICMP packets to the specified targets where the targets can be specified as IP address or hostname.

Alternatively, the command line interface can be also opened from the Run where just type the cmd.exe and press the OK button or Enter key.

For more information about opening the command line interface or cmd please take a look at the following tutorial.

Even the job of the ping tool is very simple it provides different parameters and options to configure the ping action. All of these features can be listed and displayed with the /? option like below. This will list options, parameters, and their meanings line by line.

The output will be like below where the syntax of the ping command is also provided.

The ping command is generally used to check given remote IP address network connectivity. The IP address can be IPv4 or IPv6. In the following example, we will ping the popular DNS service IP address which is 8.8.8.8.

We can see that there are 4 lines below.

The last lines provide general statistics about the ping.

The ping command can be also used to ping a hostname or domain name. But the DNS should be working properly and resolve the given domain name or hostname into an IP address. In the following example, we will ping the hostname www.windowstect.com.

The output will be like below where the hostname www.windowstect.com will be resolved into IP address 104.26.4.78 .

By default, the Windows ping command sends 4 ping packets or ICMP packets to the specified target. But in some cases, this may not enough and we may need to change the packet count for a longer test. We can specify the packet count with the -n option by providing the count we want. In the following example, we will send 10 ping or ICMP packets to the target. The -n is the short form of the number.

2 thoughts on “How To Use ping In Windows MS-DOS (cmd.exe)?”