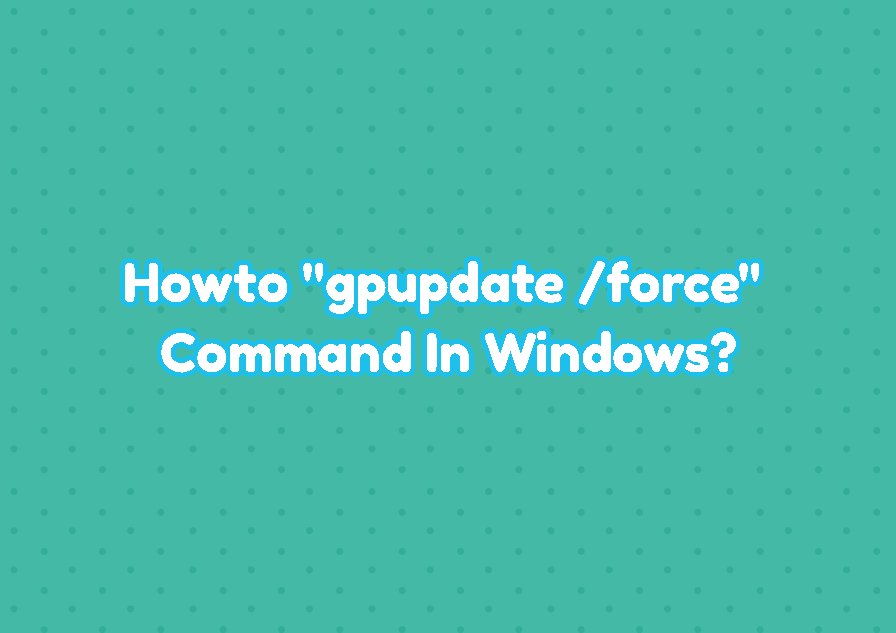 Windows Active Directory provides policies in order to manage different configurations in a Windows Active Directory. The Group Policy is used to set configurations for a group of computers. By default when a group policy is created or updated the new policy is distributed between 30-90 minutes. But sometimes this policy can not be distributed for some of the computers. In order to get new updates about group policy, the update should be forced by using the gpupdate /force command.

Policy updates can be forced with the gpupdate /force command. This command clears all existing policies and gets the updated policies from the policy server. This command can be executed in both MS-DOS and PowerShell.

After the policy update, the computer should be rebooted in order to apply new policies.

If the current environment is very large and contains a lot of policies the updated policy can take a lot of time. So we can force the group policy uıpdate for specific objects like computers or users. The user policy update can be forced with the /target:user option where the scope will be user policies.

We can also specifically force computer policy update. This means the user policy will not be updated.

See also  How To Force Group Policy Update In Windows?