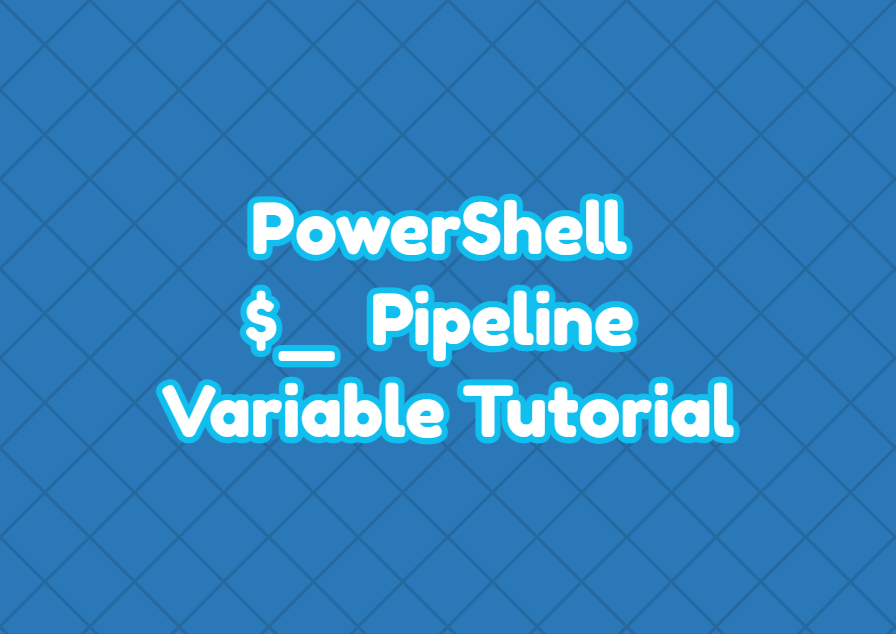 The Pipeline variable has the following simple syntax where it is used as a variable and different attributes or methods can be called.

Let’s start with a simple example where we pipe an object into the $_ . The Where-Object or similar statements are used to get piped object like below.

One of the most powerful feature of the pipeline variable is it can be filtered easily for multiple objects provided via the pipe. The filter can be done according to the specific field of the object by using the -Match option. In the following example we use the Get-Service command which lists all services and filter according to their names which contains win . Simply only services those names contain “win” are listed.