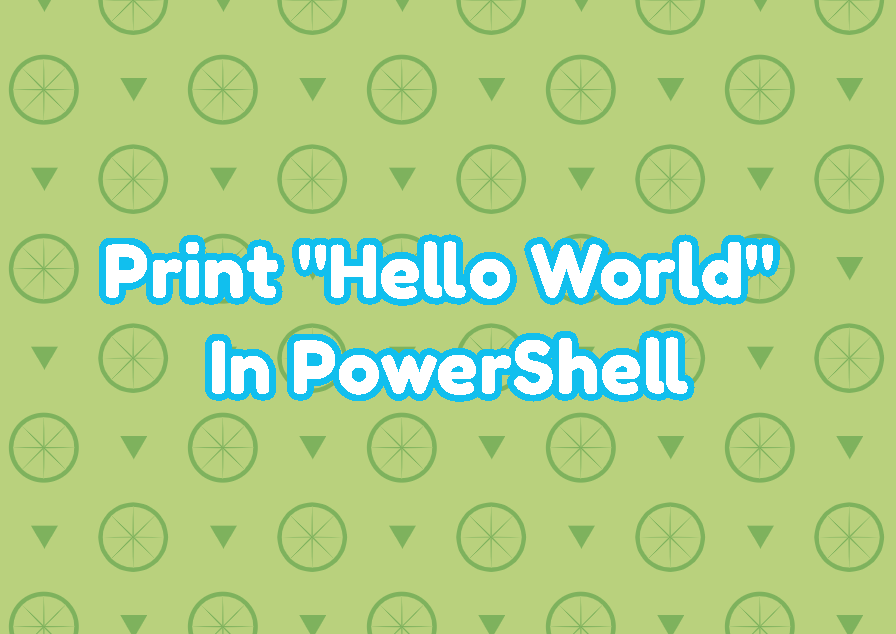 Alternatively we can use double quotos in order to print “Hello World” in to the standard output.

The PowerShell is a very powerful scripting language that can be also called MS-DOS. The “Hello World” can be printed inside the MS-DOS (cmd.exe). The PowerShell.exe or PowerShell can be called via the MS-DOS and the -Command option is used to specify the command we want to run as a PowerShell command.