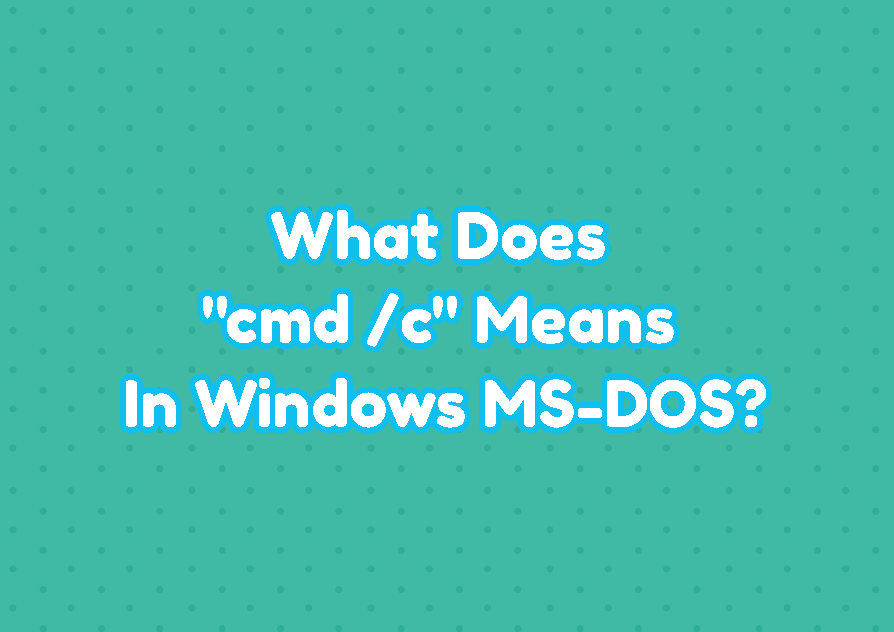 The cmd or cmd.exe is the MS-DOS command prompt. The cmd is executed when the MS-DOS or command prompt started in Windows. The “cmd /c” is a popular usage where the “/c” is provided to execute a specified string as a command in MS-DOS. After the provided command execution is completed the created shell will be closed.

Run Command and Terminate In MS-DOS

The cmd is used to execute MS-DOS commands. Actually, it is an interpreter that reads provided commands and interprets them, and as the last step executes them. The command is provided as a text. Even command text can be provided without a special sign using the double quotes is a very good best practice.

Another useful case for the “cmd /c” is running MS-DOS commands via the Windows Run. First we will open the Windows Run with the WIN+R key shortcut. Then type the following command which will ping to the windowstect.com . After the ping command is completed the MS-DOS terminal exit automatically.

Run Command and Terminate In PowerShell