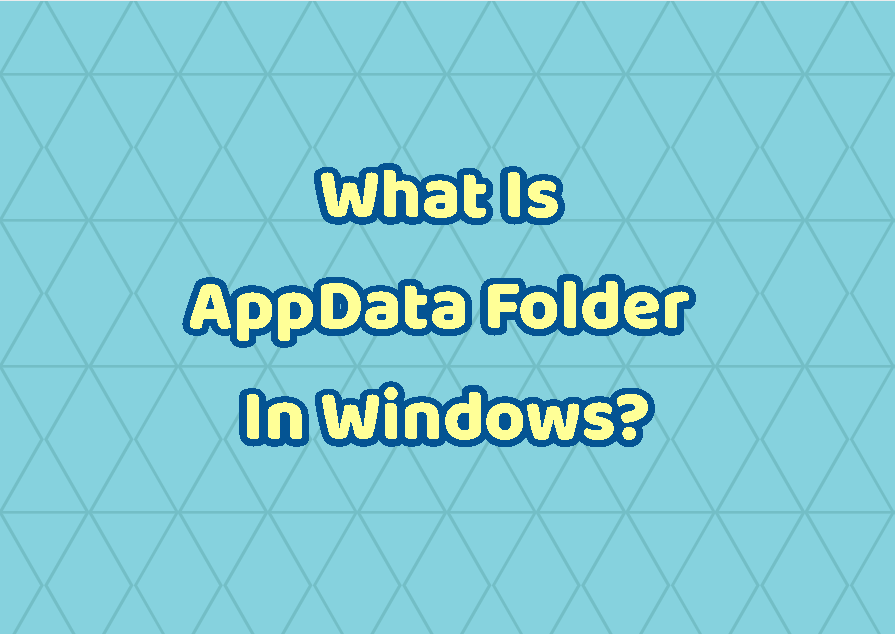 What Is AppData Folder?

The Local folder is used to store data about specific Windows applications. For example, the random file for the PuTTY SSH tool is stored inside this Local Folder.

The Roaming folder is used to store data that can be synced between multiple Windows systems. This folder generally stores browser bookmarks, plugin configurations, saved passwords, and structural data.

Where Is The AppData Folder and How To Open?

The AppData is located under the user’s home directory which is “C:\User\ismail\AppData” for Windows 8 and Windows 10 or “C:\Documents and Settings\ismail\AppData” for Windows XP and Windows 7. The user name “ismail” should be changed with the current username. Also, the “%appdata%” shortcut can be used to locate the current users AppData folder. This can be used from a command-line interface MS-DOS, PowerShell, or via the File Explorer. Even the Windows Run can be used directly to open the AppData like below.

See also  How To Open Startup Folder In Windows 10?