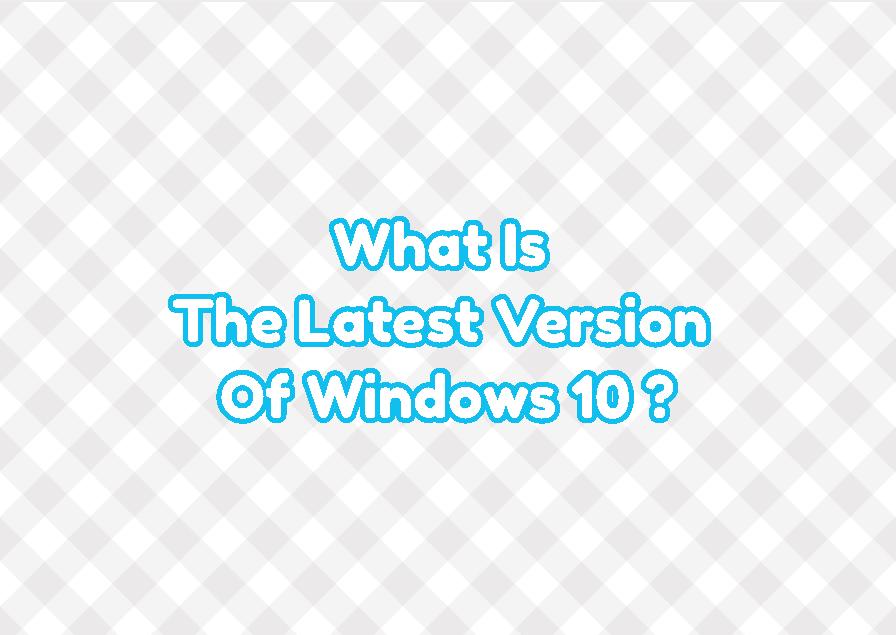 What Is the Latest Windows Version As Today?

We can see that this latest version update is named as Semi-Annual Channel servicing option. The OS build is numbered as 1904.572 where the end of service time is 2022-05-10 for home, pro, pro-education, pro workstations, and IoT core versions. For Enterprise, Education, and IoT Enterprise versions the end of the service data is 2023-05-09.

Check If You Are Using the Latest Version

How To Update To The Latest Windows Version

By default, Windows installs updates automatically when Microsoft releases the update. But Microsoft release updates not immediately to all computers. The update will be released slowly over time. The latest version updates can be downloaded and installed in different ways. The default and most easy way is using the “Windows Update” which can be accessed Settings -> Update&Security -> Windows Update or simply from the Start Menu by typing “Windows Update” like below.

We will see the following Windows Update screen where we can download and install the updates.