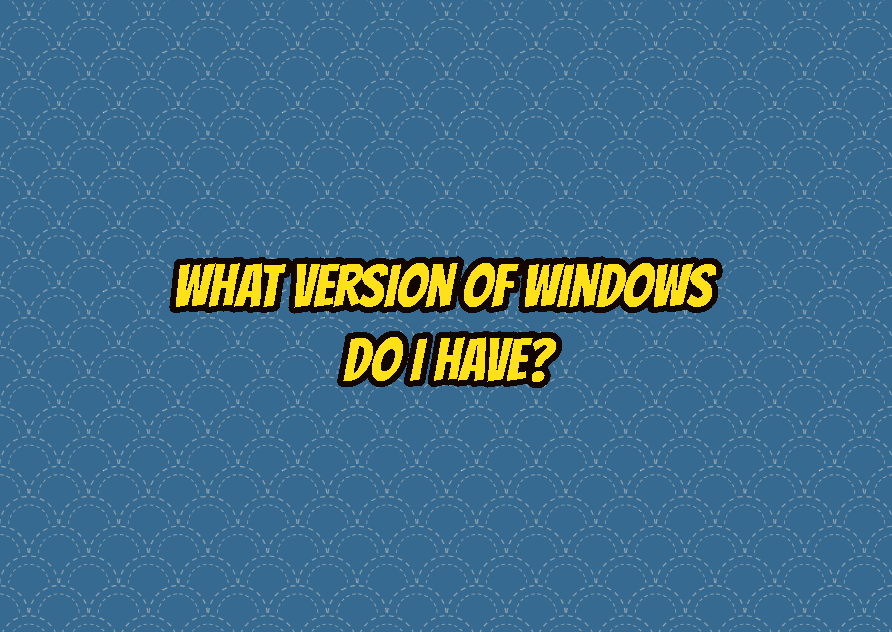 Windows is the most popular desktop operating system which is also used for other platforms like servers, tablets, smartphones, rugged devices, etc. Microsoft releases new Windows operating systems versions for about 4-5 years and publishes updates every month. If you as yourself “What version of Windows do I have?” please continue reading where we will show different methods to list Windows operating system versions. The version information provides the major version like Windows 10 etc. and minor version number which is related to updates to the major version. The windows version can be required to get a new license where different versions use different licenses with different license fees.

Windows operating systems are provided with different features. These are called editions. Even this version naming changes with different Windows editions they are generally provided for a similar user base.

In the following screen, the windows version is printed under the Windows edition . Only the major version number is provided and there is no minor version number. This page provides basic version or edition information but also provides the processor, memory, architecture, computer name, and similar information.

When the command prompt is opened the major and minor version numbers will be displayed. you can see that following is a Windows 10 system with the 0.19041.508 minor number. This detailed version of information can be used to inform bugs easily.

Windows operating systems also provide the command winver which is the short form of the Windows Version. This command-line tool will open a message box that provides information about the operating system with the major and minor version numbers.

This screen shows detailed information like OS Build. The OS Build number is 19041.508 which is the detailed number. Also, the more human-friendly number 2004 is displayed.

In the old days, Windows CE (Compact Edition) was very popular for mobile and embedded devices. If you have this type of old-style device you can learn the operating system version from Start Menu -> Settings -> Control Panel -> Systems ->System Properties .