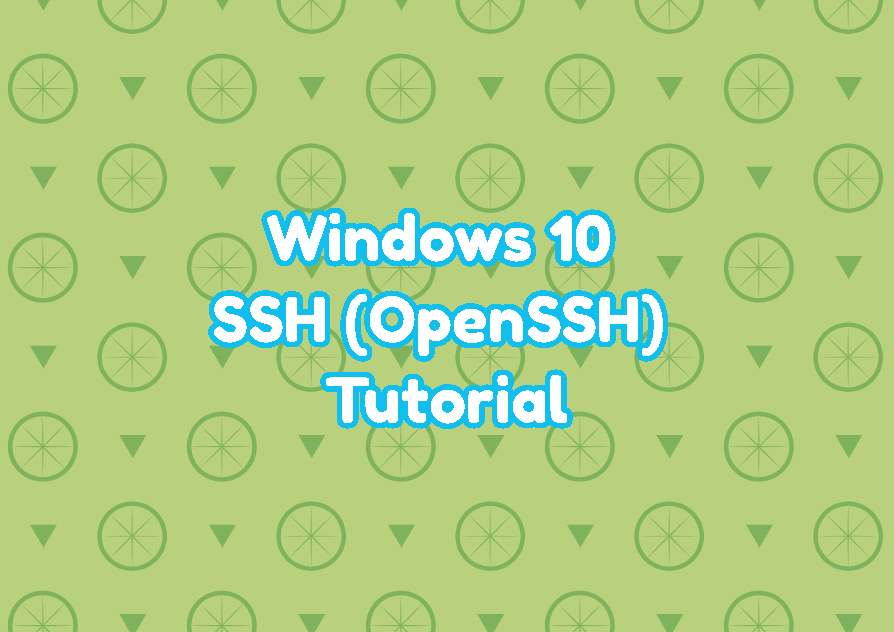 SSH is a secure remote management protocol used in different operating systems and platforms like Linux, Ubuntu, CentOS, Cisco, etc. The OpenSSH is an implementation of the SSH protocol. Different products are used for SSH servers and clients in Windows but all of them were 3rd party and do not come with Windows as built-in. In autumn 2018 the SSH supported added to the Windows 10 and Windows Server 2019.

The SSH server and SSH client is provided with the Windows 10 and Windows Server 2019 as built-in. They can be installed or enabled by using the Windows Features. The installation or enabling is explained in the following post in detail.

After the SSH client is installed we can connect to the remote SSH server by using the ssh command. Actually the ssh command is the ssh.exe. The ssh command can be used for both MS-DOS (cmd.exe) or PowerShell command line interface.

Alternatively, the remote system hostname can be used for the SSH connection. But the domain name should be resolved into the IP address.

The PuTTY is an SSH tool that is created for Windows operating systems even it is provided for Linux too. PuTTY provides a GUI for the SSH configuration. The PuTTY can be downloaded from the following link. The PuTTY project provides a lot of helper tools where most of them explained at the beginning of this post.

The MSI installer of the PuTTY and related tool can be downloaded with the following link. This can be installed with Next and Next clicking.

Put the following information into the PuTTY main screen and save them.

For the first time SSH connection following “Security Alert” is printed to the screen where simply click to the “Yes” button.