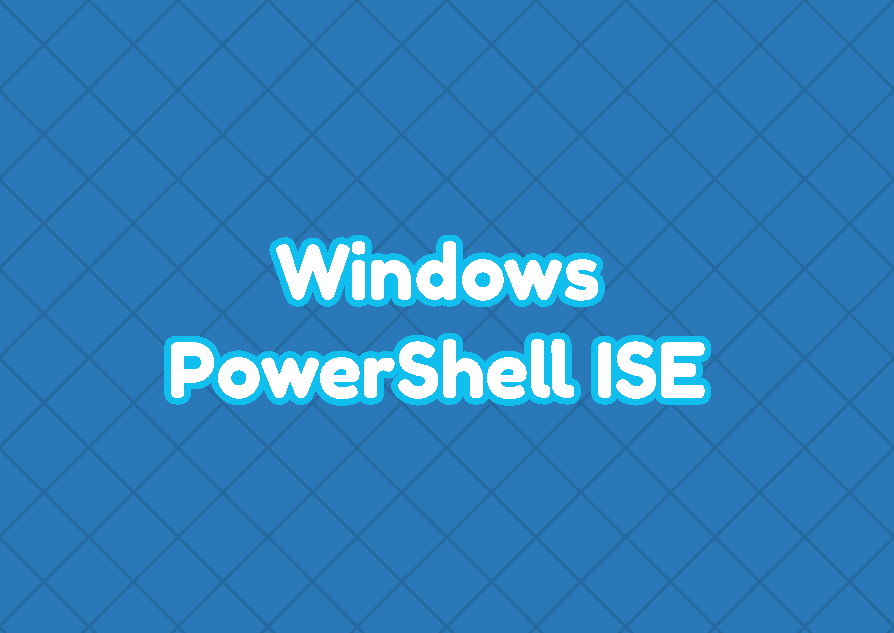 Windows PowerShell is a powerful scripting and programming language. PowerShell ISE (Integrated Shell Environment) is a tool that provides a PowerShell interface to develop the script and run PowerShell commands. PowerShell ISE provides GUI (Graphical User Interface) in order to make debugging, test, run, save scripts in an easy way.

PowerShell ISE can be opened in different ways but the most practical one is typing “ise” to the start menu. From the listed applications there are two Windows PowerShell ISE where one of them has the (x86) at the end of its name. This means this PowerShell ISE is 32-bit.

The start screen is like below. where it provides a PowerShell command-line interface or interpreter, a help menu, menu about different actions.

PowerShell ISE is an advanced script development tool that provides the following functions and features with its GUI.

See also  How To Change Screen Saver Settings In Windows 10?

The help menu provides help information for different commands which are listed below. We can type the command name and take a look at the command syntax, parameters, usage, examples. Also, command search can be limited to a specific module.