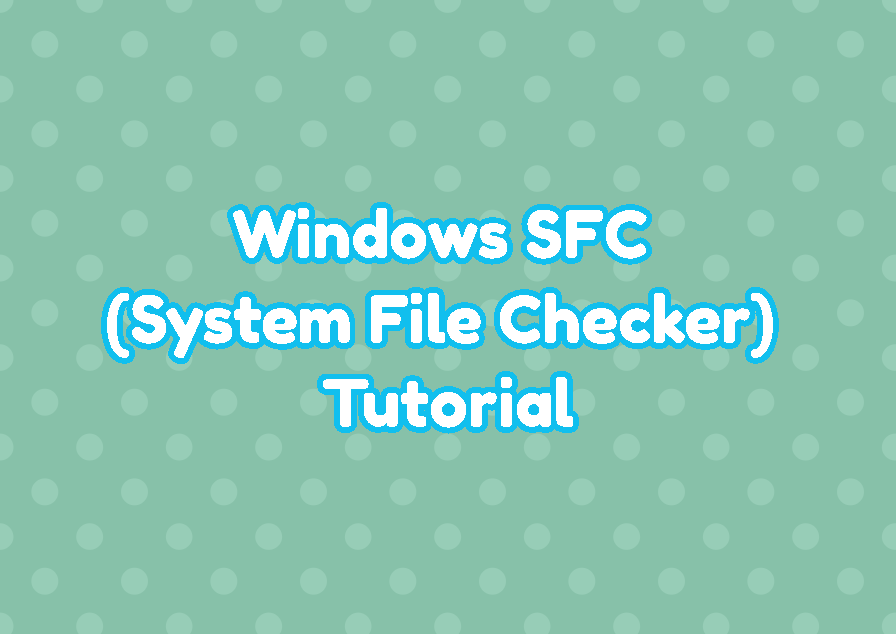 Windows provides different tools in order to check disk, file system, etc. The System File Checker or SFC is used to scan and restore files those do are corrupted in Windows operating systems. The executable SFC.exe is used as a command in order to scan, check and recover files.

When we try to run the scf or scf.exe command as a normal user the You must be an administrator running a console session in order to use the sfc utility. error. This simply means that the scf command can be only executed as Administrator user or with Administrative privileges.

The most popular use case and powerfull feature of the sfc command is the system scan. The system acn scans the system files and checks if there is a corrupted system file like DLL file, OCX file etc. The option /scannow is used all systems files which are located under %WinDir%\System32\dllcache .

The scan takes some time as it is based on disk IO and processing with CPU. The verification percentage is displayed during the scan. After the scan is complete brief information about the scan is displayed like Windows Resource Protection found corrupt files and successfully repaired them. .

Verify System Files ( Do Not Recover)

By default, the previously described options scan the system files but a specific or specified file can be scanned by using the option /scanfile= . Also, the file name is provided after the equal sign.

The scanning and verifyting system files creates a lot of log. These logs are stored unrder th %WinDir%\Logs\CBS\CBS.log or simply C:\Windows\Logs\CBS\CBS.log . Log files provides detailed information about the scan.