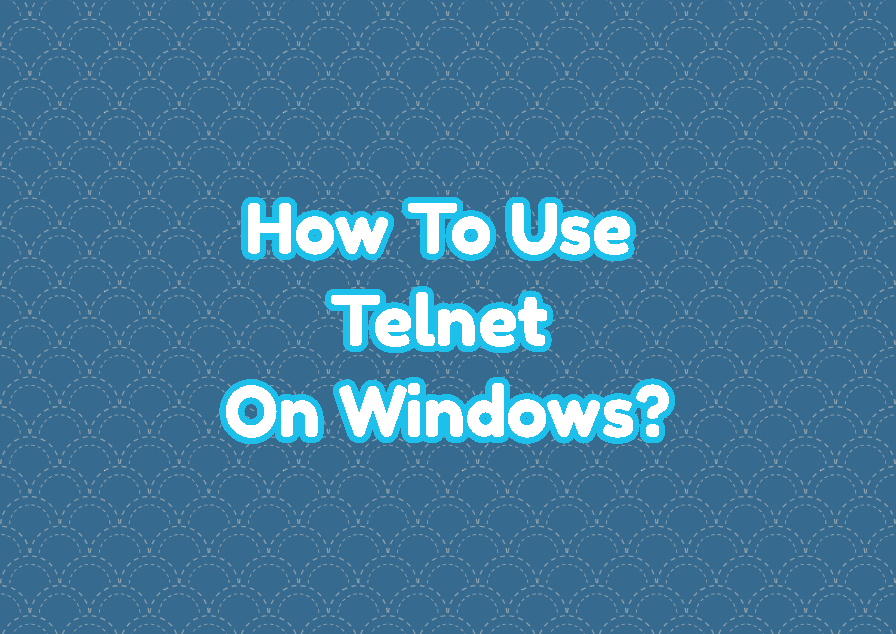 Telnet is a protocol and tool used to connect remote systems via the command-line interface. The name telnet comes from the teletype network . Telnet is a very popular and common protocol that is supported by a lot of different platforms, operating systems, etc. Even it is assumed that telnet is not a secure protocol its simplicity and popularity make it a very powerful protocol and tool. In this tutorial, we examine how to install and enable telnet and use it to connect remote telnet servers.

In the Windows, Features tool find the Telnet Client and select the checkbox. The last step is clicking to the OK button which starts the installation of the telnet client.

Another way to install and enable Telnet command is to use the command-line interface like MSDOS or PowerShell. Use the following command in the MS-DOS or PowerShell which install the Telnet client named TelnetClient package.

In this part, we will connect a remote telnet server by using the telnet command. As the first example, we will specify the remote server IP address to connect.

In the following example, we will use the remote telnet server hostname which is expressed as a fully qualified domain name.

Use the o command in order to connect remote telnet server while using the telnet interactive mode.

Telnet is a simple and popular protocol where it can be used for different purposes. On the internet, there are different open and public telnet servers that provide different functions like providing weather information, playing some movies, chatting etc.

The wunderground is a weather forecasting and information server which also provides information via the telnet. Just connect to the telnet server of the WunderGround with the following command which will display the current weather information for your location.

The telehack is a telnet server that provides different applications via the telnet. One of them is chatting with Eliza. Just open the Telehack telnet connection and use .eliza to chat with it which is an AI.

The BlinkedLights provides the Star Wars CLI version which is a very interesting project which can be viewed via the telnet command and protocol. There is no need to install a video player, any codec, etc. Just use the following command to connect Star Wars server and watch it.